The FOG Black U14 team was successful in winning the first Premier of the season this past weekend in Calgary.  The team entered the tournament as the number one seed based on wining the U13 Provincials last season and has nine returning players from last years U13 cohort team.  The boys won all 3 of their round robin matches with a record of 6 wins and 2 losses putting them 1st in pool A and a bye to the Quarter finals.  The team improved in every match in the playoffs and were able to go undefeated in the playoff round defeating Canuck Red in the semi-finals and the Blazer’s from Calgary in the finals. 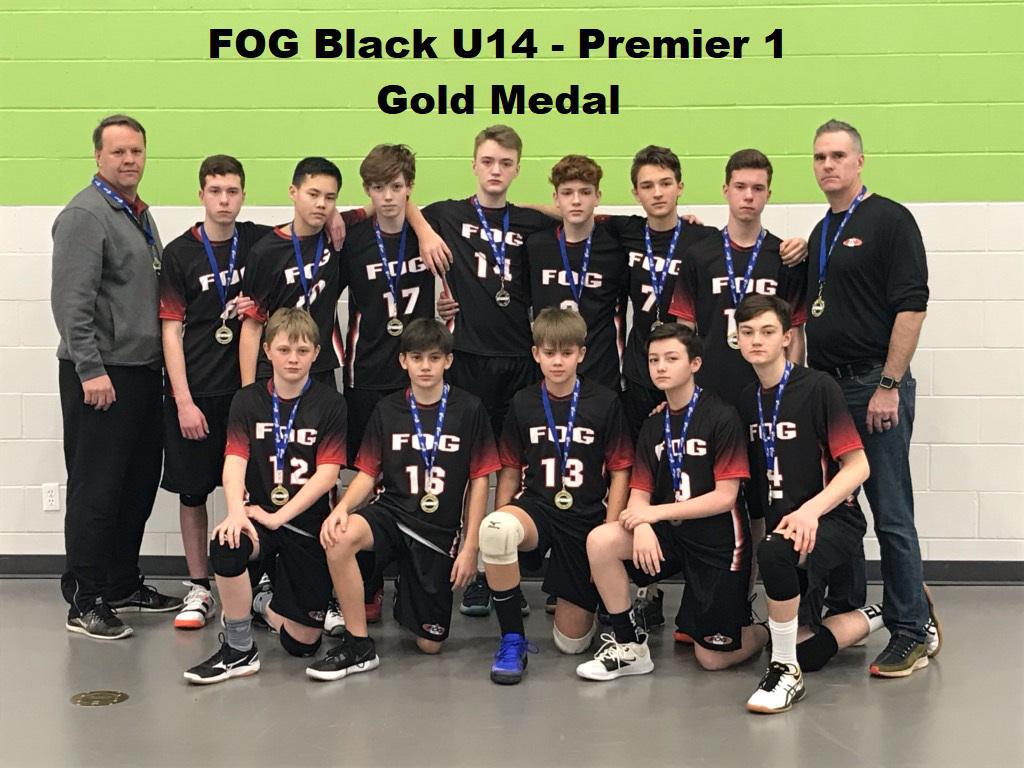